Yoh is a character in 1bitheart. He is introduced in the bonus chapter, and happened to be a culprit.

Blonde, medium length hair tied into a twirled ponytail. Green eyes with a small chef hat? Wears an orange uniform with a brown tie and white apron. Has a knife as a good luck charm.

Yoh is a coward. That's all! Thank you.

His background leading up to the incident he caused is unknown, but he has stated that he had a friend who was traumatized by an interview conducted by the victim in the bonus story. This gave Yoh a reason for murder. 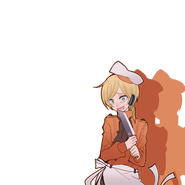 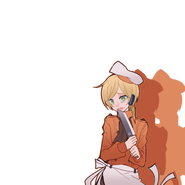 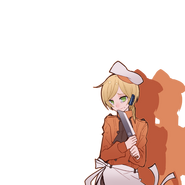 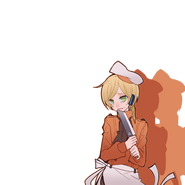 Add a photo to this gallery
Retrieved from "https://1bitheart.fandom.com/wiki/Yoh?oldid=10431"
Community content is available under CC-BY-SA unless otherwise noted.