Toukai is a character in 1bitheart. He is mentioned a few times within the main game, but is formally introduced in the bonus chapter. He is the superintendent general for the police force in 2230, as well as Misane's father.

A stern man, he can be rather straight laced. Despite that, that doesn't stop him from being open-minded to any possibilities available within a case. He holds his daughter in high regard, although he can be rather overprotective of her. He usually doesn't get along with Nanase very well.

Not much is currently known, other than the fact that between 2222 to 2228, he moved in along with Misane and became appointed to his current position. He mentions how he hasn't dealt with a case firsthand in years. There is no mentions about Misane's mother, so it could be assumed that he is a single father. He first met Nanashi when development for the Master Program began, though him and colleagues would talk about how "unapproachable" he was.

His only daughter. Has a cordial father-daughter relationship. Despite his over-protectiveness over her, he regards her opinions and detective skills highly.

Does not like him, regardless of which timeline. In the initial timeline, he regarded him as "unapproachable". In the altered timeline, he sees him as "frivolous" and wants him to stay away from Misane. 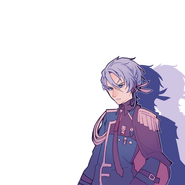 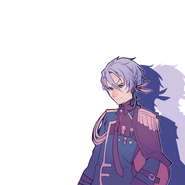 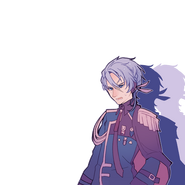 Add a photo to this gallery
Retrieved from "https://1bitheart.fandom.com/wiki/Toukai_Mikoto?oldid=9875"
Community content is available under CC-BY-SA unless otherwise noted.